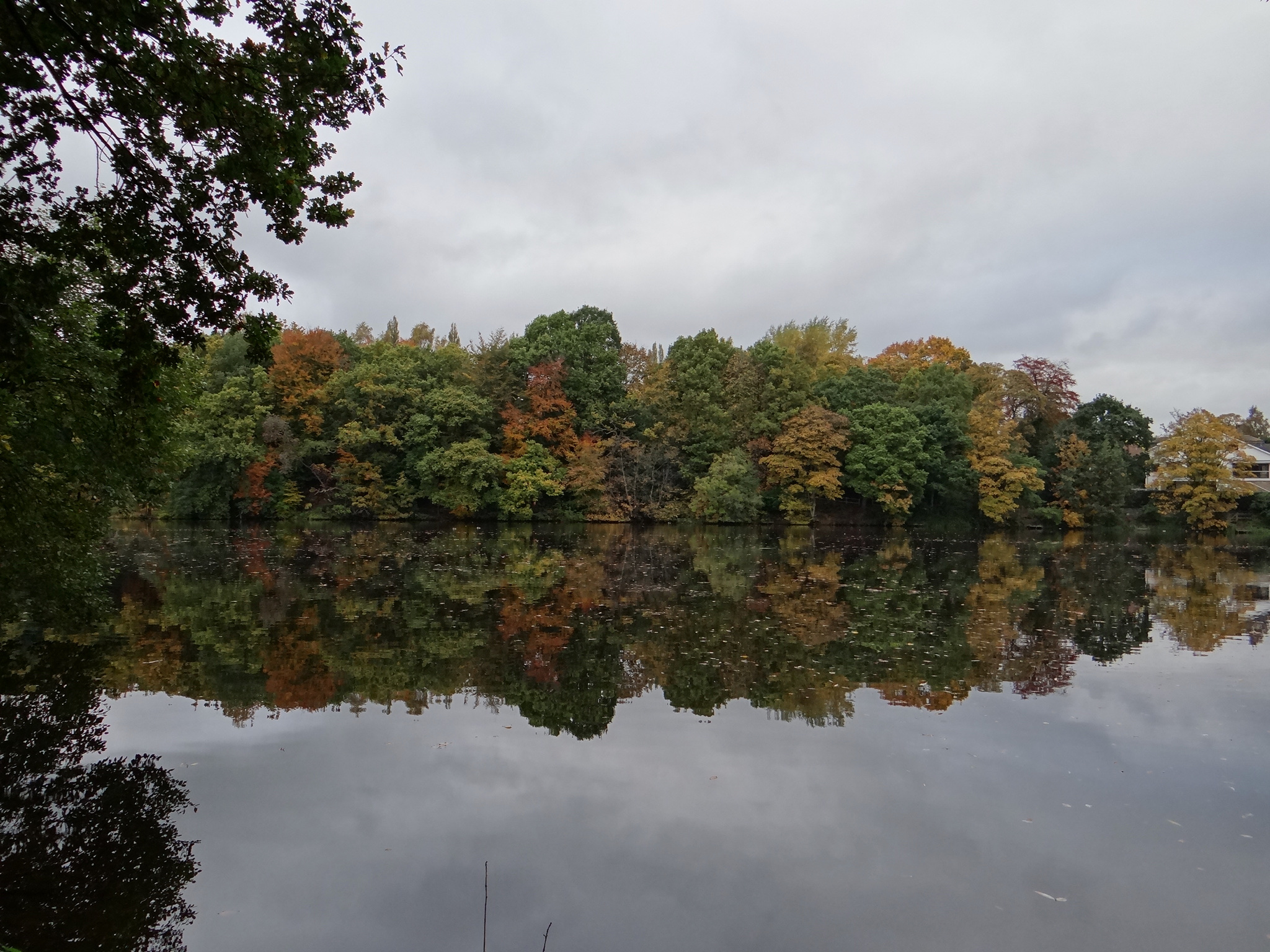 Last week, I knocked a picture off our living room wall. Thankfully it wasn’t broken, and I was able simply to put it back up. However, at first I had some difficulty – the picture was of a reflection which was so clear that I couldn’t work out which way up it should go.

Whether we think about a reflection in nature, or when we speak about one thing being a reflection of another, the concept is the same. The original is the benchmark, the standard, and the reflection will be an image of the same – maybe very clear, maybe not, depending on the material doing the reflecting.

Throughout the Bible, we are directed to this idea. God has always existed, and He is the standard for what is right and good. He wants men and women to develop characters that reflect His own – and this is what pleases Him.

Interestingly, the physical creation of man and woman is described in this way:

God created man in His own image; in the image of God He created him; male and female He created them (Genesis 1:27).

Now God used the angels to do His work of creation, which is why when angels appear in the Bible, they simply look like people, until they do something abnormal by the power of God. We can see the principle from the beginning.

When Israel had been rescued by God from slavery in Egypt, at Sinai God (through Moses) gave them a set of laws to follow. These governed all aspects of their civil and especially religious life. The following explanation is given several times to explain the driving force behind the various laws:

The underlying reason for the laws was to help Israel to become more like God, more holy and more pleasing to Him. This is also seen when we compare how God described Himself, with what He wants from us.

Moses asked for God to show him what He is like, and this is what he experienced:

The Lord passed before him and proclaimed, “The Lord, the Lord God, merciful and gracious, longsuffering, and abounding in goodness and truth” (Exodus 34:6).

The prophet Micah summarised what God wants from men and women like this:

He has shown you, O man, what is good; and what does the Lord require of you but to do justly, to love mercy, and to walk humbly with your God? (Micah 6:8).

In both cases the key characteristics are justice, truth, goodness and mercy.

The Most Perfect Reflection

We need examples to follow if we are going to reflect God’s character. Thankfully, we have the best possible reflection in the Lord Jesus Christ.

No one has seen God at any time. The only begotten Son, who is in the bosom of the Father, he has declared Him (John 1:18).

Who being the brightness of His glory and the express image of His person, and upholding all things by the word of His power, when he had by himself purged our sins, sat down at the right hand of the Majesty on high           (Hebrews 1:3).

This means that we can read about the way Jesus lived and the things he taught, to understand what God is like. Jesus is not the same person as God, and he could have disobeyed God, but he did not. His is the perfect example of what it is for a person to reflect God.

Men and women often struggle with this. We are imperfect, and all too often fail to be even a ‘blurred’ reflection of the character of God. The good news is that God does not expect us to be perfect; He wants us to do our best. When we get it wrong, He will forgive us if we really are trying to reflect Him in our own lives.

The Bible promises that when Jesus returns to raise the dead and set up God’s Kingdom, then those who have faithfully tried to reflect God will be blessed. They will share Jesus’ immortal nature, and will be relieved of imperfect characters, meaning they can reflect God perfectly, as Jesus does.

Beloved, now we are children of God; and it has not yet been revealed what we shall be, but we know that when he is revealed, we shall be like him, for we shall see him as he is. And everyone who has this hope in him purifies himself, just as he is pure (1 John 3:2–3).

The end of this quotation reminds us that, to reflect God properly, we need to be purifying ourselves. A dirty mirror will not give a good reflection – any more than a dirty river or a troubled sea. Pleasing God involves getting rid of things which prevent us from becoming that clear reflection. Thankfully, we have the Word of God to help us direct and ‘wash’ our lives – let’s read it!