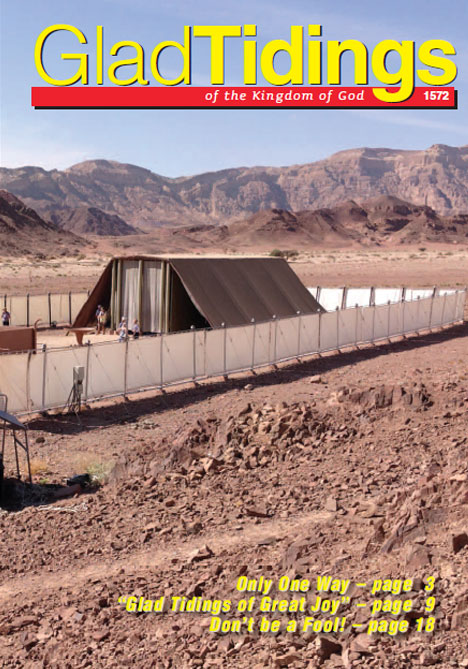 When God rescued the descendants of Abraham from slavery in Egypt He set them free and offered them a special relationship. If they listened to Him and obeyed his commandments He would come and dwell in their midst. That would both keep them safe and ensure that all their enterprises would be blessed. But they would need some help and guidance if they were to live up to their calling and so God arranged for priests to help them worship who would also teach the people about Him. The focal point of Israel’s worship was to be a Tabernacle or tented structure to be constructed and placed in the middle of the new nation as they travelled towards the Promised Land. It was a structure that would also help to educate the people as it demonstrated some important principles. For example, there was only one way in – the gateway that God had specified. And the two items that stood in the front of the courtyard were an altar on which sacrifices were to be made and a laver for washing. That demonstrates that if we want to approach to God we can only do so through the sacrifice of Christ and our association with all that Jesus has done by being baptised into his saving name. That’s just one of the lessons the Tabernacle was designed to teach. Read this month’s magazine to find out more.